Abundant “mechanical” data from the Condition Based Monitoring (CBMS) systems, local to each pump, was available as well. Maintenance reports revealed severe frequency of failures pump components. PDP diaphragms were the components most severely affected, with a MTBF between 9 to 15 days.

Level instability in suction accumulators, which were hydro-pneumatic vessels, installed at pump suctions.

Level instability in slurry mixing tanks, whose hydrostatic column was the energy source for slurry flow into the pumps.

These correlations presented robust information indicating a cavitation problem, not so much related to the mechanical integrity of the pumps.

These correlations reflected typical parameters sensed nearby a machine about to fail. They are called Discreet Root Causes (DRC). However, the origin those instabilities was resident in process upstream even more distant from the PDP´s.

In this case the absence of data from all plant processes precluded further investigations.

However, observed correlations pointed to the digestion liquor distribution and slurry mixing systems for future investigations, where most likely Systemic Root Causes could be resident (SRC).

Possible correctives to eliminate the root causes included improving the design of suction accumulators to prevent air ingress into slurry stream, improve design of mixing tanks to prevent vortex induced air ingress, as well as further explore reasons for apparent digestion liquor instability.
Cavitation was the dominant failure mode affecting all pumps and most likely the instability in digestion liquor stream would be a high potential root cause to solve. This would improve not only pumps reliability but also the whole alumina refining process. Savings from correcting this problem were calculated in the range of 2 to 4 million USD per year. 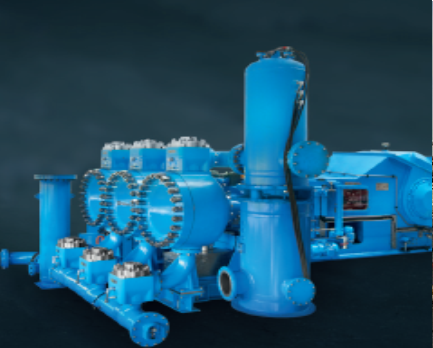